I AM THE LIGHT OF THE WORLD.

I Am the Light of the World. W-61
A Course in Miracles
Foundation for Inner Peace, 2nd Edition 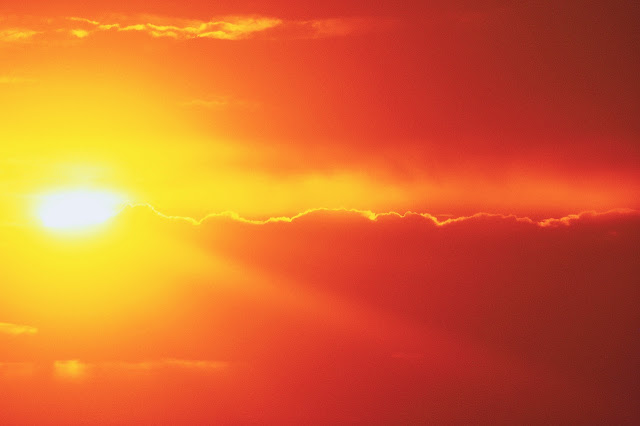 As I was going through a bunch of old papers last week, I came across something that I had scribed in 2002. At the time, I was an assistant principal at a middle school and (too) much of my time was spent dealing with the disciplinary referrals sent to me by teachers who believed that they had exhausted the tools in their toolbox for dealing with disruptive students. Let it be said that most teachers had a good handle on how to apply the Code of Conduct while allowing the students to maintain their dignity. But a very few saw only with their eyes and not their hearts, and for whatever reasons withheld the very thing that many unruly students truly needed: love and respect…or for those not comfortable with the L-word in schools, insert caring and respect.


Kids know when you love them/care for them. They gravitate toward you and they trust you. Once that is established, the sky’s the limit! Not only can teaching and learning take place, but the classroom can be a place of solace and joy. It is that for which I strove in my room and then later within the four walls of my administrative office.


On October 3, 2002 a young African American girl was written up by one of the few teachers who chose not to look beyond her own fear, and who didn’t take the time to get to know this young girl who had transferred to our suburban school from the city.


Across from my desk, 8th grader, Nyiesha sat with her head bowed down. Aloud, I read the referral, which was written in large bold handwriting and brash language that described an uncooperative, angry child. I asked this young girl to tell me what she believed had occurred in the classroom, and she complied. Somehow the two accounts didn’t reconcile.


Seeing tears running down her beautiful black cheeks, I asked Nyiesha if she were happy in her new school. 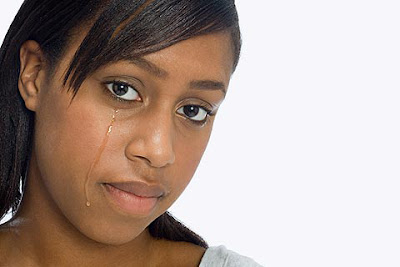 
“Were you happy in your other school, in the city?”


I remember that I sat there for a while thinking and reflecting, my heart aching for the little one across from me.  “Nyiesha,” I asked, “do you know many people here yet?” She silently moved her head from side-to-side. “And, do many people know you?”


Again, we sat in silence while I conjured an image and offered it up. “Nyiesha, if you could stand on the stage in the auditorium and look out at all of the students and adults, what do you think you would see?”


She thought for quite a long time before responding. As the young girl rendered her litany, her voice slowly ascended into a crescendo like that of a preacher at the pulpit, I took notes (and later formatted them to what you see below).


Some students who are respectful


Some students who are disrespectful


Some students who are nice and treat each other as equals


Some students who don’t care and


When I look out at the adults at my school


Some who pay attention to kids and are teaching them how to behave;


teaching them how to learn, and not hang out on the streets


Some adults who don’t respect kids and treat them mean


“And you, Nyiesha, standing on that stage in front of the entire school, what would you like everyone to know about you?  About who you are?” 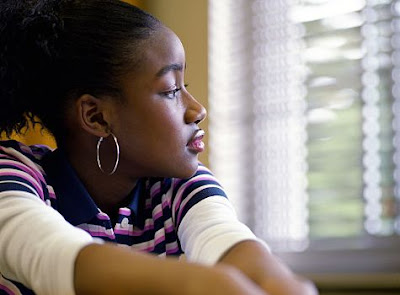 
I am respectful to others


I treat others equally


I see myself as a role model


Someone who is sweet, gentle and smart


I am someone, who in 6th grade was awarded the


All ten months of the school year


I want them to know this Nyiesha


When she was finished, she sat back in her chair looking at me with her head held high. We smiled at each other and I thought:

This Nyiesha, who is immersed in a totally foreign environment and is just trying to get by.


This Nyiesha, who is alone and friendless two months into the school year.


This Nyiesha, who isn’t shown love/care and respect, but instead is isolated and dismissed.


This Nyiesha, who was honored as a Model Citizen all ten months of her 6th grade year.


This Nyiesha, who if looked at through the eyes of love would have been seen as


The Light of the World. 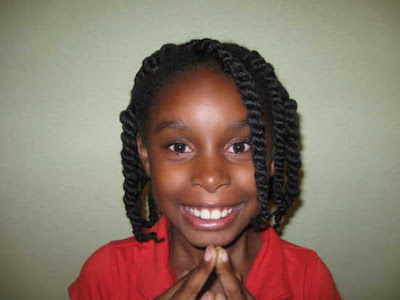 Posted by Barbara Franco Adams at 9:18 AM